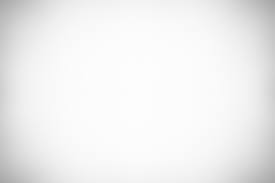 I'm not gonna lie, I felt lowkey mad that Blue managed to make the polls with just four candidates each first, because I specifically built up the hype for this poll in my last Monthly Update. (A new one will be coming real soon, I promise!) However, I have no hard feelings towards Blue in general, I hope we are cool. I'm sorry that I had to remove the poll, but this one is mine (lol).

Also, just found out Fandom could only take around 6 candidates max per poll. So, I had to temporarily move this to Strawpoll, another one of their properties, though literally disconnected from the platform.

So it's gonna be like this for the next *checks watch* 11 months or so, until we can get both polls to shrink down to six candidates each. You are still allowed to sign up yourself and/or your article as candidate(s), only risk being elongating this period caused by technical limitations.

Also, due to *ahem* certain circumstances, I kinda had to remove CoolGamer23 and Drillimation Studios from the Featured polls until further notice. And to be fair, if I added them back at any point this year, it would just make things worse. I think you can tell which and why.

Vote for the Featured User of February 2020Straw Poll

Vote for the Featured Article of February 2020Straw Poll

(P.S.S. Now that the Featured thing is in Strawpoll for a while, I may have to implement them into the Monthly Updates.)

Since i just found that the possum's name in RNA is Sparkster....

UPDATE: The people at the Discord server decided that we should elect top 3 winners from each poll, to speed up the process

OK, before you say "Why is Victoria there?" I'm making lots of articles not just there, but outside DFW, like IEP Fanon for example

For knowing more, ask me on my Message Wall

It's because it was in the past polls as candidate, don't you dare take credit on this.

What do you think?