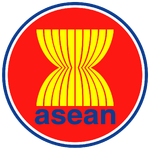 ASEAN also regularly engages other countries in the Asia-Pacific region and beyond. A major partner of Shanghai Cooperation Organisation, ASEAN maintains a global network of alliances and dialogue partners and is considered by many as a global powerhouse, the central union for cooperation in Asia-Pacific, and a prominent and influential organization. It is involved in numerous international affairs, and hosts diplomatic missions throughout the world. The ASEAN Secretariat is located at Jakarta, Indonesia.

Retrieved from "https://dreamfiction.fandom.com/wiki/Association_of_Southeast_Asian_Nations_(fictional)?oldid=379553"
Community content is available under CC-BY-SA unless otherwise noted.