From largest to smallest:

Divided into Planck time units between UTC -7 and -8 with all solar noons being 12:00 PM, no DST

Azara (/əzɑˈrə/) (Azaran: Atçaunt) is a North American island country located beside of El Kadsreian Islands. It's the most futuristic country in the world, due to its name, population, freeways, GDP, HDI index, and the number of skyscrapers, including their heights.

It became reunified after North and South Azara merged together during the invasion after the war from 6 years. 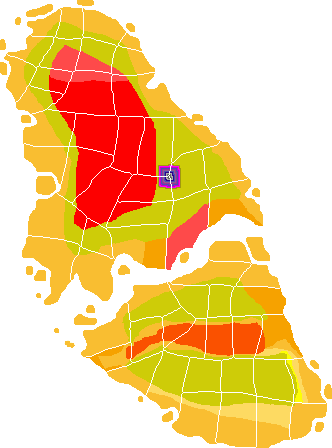 Retrieved from "https://dreamfiction.fandom.com/wiki/Azara_(country)?oldid=530057"
Community content is available under CC-BY-SA unless otherwise noted.