Be Right There is a song by Brazilian recording artist Flavia released on 10th February, 2017 as the second single from her EP Ain't Gonna Snooze. According to Flavia, this is the song she would sing to a boy who she is in love with.

The music video was filmed in September 2016 at Vlokozu Family High School and the Toa Visorak Aquatic Centre in El Kadsre City, El Kadsre and was directed by Team CJ and Maja Prebensen. It was uploaded to Flavia’s YouTube and VidSpace channel on 11th February, 2017, and currently has over 7 million views.

The song was met with mixed to negative reviews. Critics appreciated that Flavia tried doing something different, but criticised her attempt to sell out with suggesting lyrics. 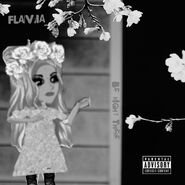 Sallyish CD single artwork. The difference is that it is in black and white, the song title is down the side and the parental advisory label is at the bottom-right. 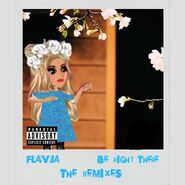 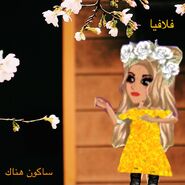 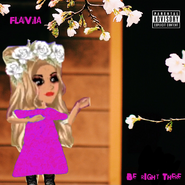 Artwork from a El Kadsreian and Japanese copy.
Add a photo to this gallery
Retrieved from "https://dreamfiction.fandom.com/wiki/Be_Right_There?oldid=406205"
Community content is available under CC-BY-SA unless otherwise noted.