No one knows how this network was tested for a few times but somehow failed due to missing audio, or poor video quality. But on it's third try it succeeded to air and that was October 21, 1960. This happened in the part of South CD20 Island.

It first broadcasted in south around October 21, 1960 at around 7:00 AM and in north around December 12, 1961 at around 12:00 PM. It first brodcasted news and airs each cartoons around 4:00 PM until 6:00 PM each week. It started to brodcast in color in the south around January 1969 and in north was brodcast in color after a month that the south part of the island brodcasts in color. 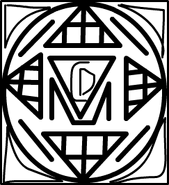 Retrieved from "https://dreamfiction.fandom.com/wiki/CD20Network?oldid=529069"
Community content is available under CC-BY-SA unless otherwise noted.