Cariz Food Company (formerly Phatom Foods, Inc.) is an American independent food manufacturer, distributor and confectionery company. They manufacture and produce food products, such as pizza, bubble gums, soup, candy, chips, pasta, yogurts, sauces and others. They also make toothpastes and other hygiene products, formerly under the Phatom Life brand from 2014 until 2018.

Aside from their new headquarters in Sacramento, California and Phoenix, Arizona, they manufacture food & do related research and development work in their only plant (not counting the two headquarters) in Toronto, Ontario, Canada.

OwlFoods was the food product division of Owl Communications. In 1998, the division merged to Phatom Foods.

Phatom Foods was founded in 1997 as a joint venture between Campbell Soup Company, General Mills and GreenyWorld Studios to sell Greeny Phatom Yogurts. However, the Phatom Foods company was primarly credited as a part of Campbell Soup Company, and later, as a part of H. J. Heinz Company (although the byline said "A Heinz Company", with Heinz logo being the "Heinz" in the byline.)

Phatom Foods was going to be acquired by Stainton Enterprises in 2015, but the acquisition was cancelled, when the management team strongly disapproved it. On June 15, 2015, The Clowerwood Company were in talks to acquire Phatom Foods. The acquisition is still pending, as of June 19, 2015. On June 19, 2015, The Clowerwood Company acquired the plants in Rooty Hill (Australia), Seretram (France) and Aiken (South Carolina, USA). GreenyWorld Studios and Stainton Enterprises fought back (i.e. protectionism) by acquiring the Rooty Hill plant and selling it back to Phatom Foods, and buying a 9.83% stake in Phatom Foods. The management team accused OK Labs and The Cloverwood Company of trying to do hostile takeover. Eventually, The Cloverwood Company sold back the Aiken and Seretram plants and announced it had abandoned it's plans to acquire Phatom Foods.

In November 2015, Phatom Foods acquired the trademark to the long-lost Indian soft drink Double Seven for $6 million from Hindustan Unilever. The soft drink is currently being tested in India and nationwide in the United States and Canada, with sales at Robert's Thrift-n-Sell stores also occuring. That same month, Phatom Foods acquired a 23% stake in Pure Drinks Group, and began importing their rare soda brand Campa Cola to the United States, where they will be sold at Robert's Thrift-n-Sell stores.

In December 2015, Stainton Enterprises announced to acquire more stakes, increasing it's shares of the company up to 45%. Phatom Foods was also in talks with Kellogg's, Mondelez International, PepsiCo and Fazer to acquire brands (discontinued and active), and/or distribute their brands in more countries.

In June 2016, Stainton Enterprises announced to acquire additional 85% of Phatom Foods and make it a sister division to Stainton Foods, however, the deal never went through. On March 25, 2018, they spun off from Stainton Enteprises completely, following the sexual harassment charges against Robert Stainton, who owned the company. Their contractual agreement about the use of the Greeny Phatom brand in their products will end in 2021.

On March 27, 2018, Phatom Foods announced to sell plants and offices in the Eastern United States (including their Winnipeg plant, though it was in Canada; and their plants in Massachusetts), alongside the plants and offices in Japan, Mexico, India, Australia, the United Arab Emirates, Thailand, China, Taiwan, Malaysia, South Korea, the Philippines, Kuwait, Israel, Turkey, Croatia, Italy, UK, France, Poland, Germany, Russia, Netherlands, Czech Republic, Brazil, Finland and Iran, to The Clowerwood Company, effective immediately. The reason for this was the recent controversy, which led to restructuring of the company. Due to the closure of their Chicago office, which was not included in the sale, the company founded new headquarters in Sacramento, California.

On March 28, 2018, they laid off most of the workforce in their California plants in Lodi, Colma and Dixon, then merged the operations into their headquarters in Sacramento. Also that day, they merged operations of the plants in Denver (Colorado), Richmond (Utah) and Albuquerque (New Mexico), into the secondary headquarters in Phoenix (Arizona). They also pulled out from NASDAQ, NYSE, LSE and S&P 500, and became a private company.

In 2009, Phatom Foods had to recall all Pasta products from the shelves, due to cases involving nausea and salmonella. The research & development laboratories, owned by Phatom Foods, found out that it included undercooked meat and moldy ingredients, including vegetables.

This is a list of  food products or food product elements, that were invented and successfully executed at Phatom Foods's research & development laboratories around the world. 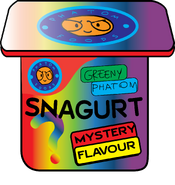 Snagurt was created at Phatom Foods Murray Hill R&D Lab in 2011, but were commercially introduced in 2013. These are variants of Greeny Phatom Yogurts.

Gummy Phatoms were introduced in 2001, when Phatom Foods began production on candy and confectionery. The flavors are Lime, Apple, Cherry, Blueberry, Grape, Lemon, Pineapple, Strawberry, Bubble Gum, and Orange.
Add a photo to this gallery 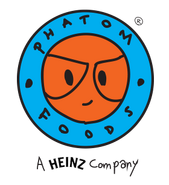 1999-2007. The logo is now more round, the byline was changed and the letters in the logo slightly changed their place. This version was used, when Phatom Foods was owned by H. J. Heinz Company and GreenyWorld Studios.

2007-present. The logo restored the design of the older logos. While the normal logo was used in multiple areas (Europe, Asia, Australia & Oceania, Central & South America and Africa), USA and Canada uses the variation where Little Guy's head was orange (and sometimes gold) and black, instead of white and blue.

This logo was used during Phatom Foods's 15th Anniversary in 2012. 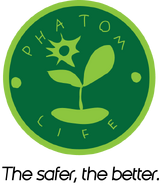 The logo of Phatom Foods, used 2007-2018, after Phatom Foods became independent.
Add a photo to this gallery
Retrieved from "https://dreamfiction.fandom.com/wiki/Cariz_Food_Company?oldid=512232"
Community content is available under CC-BY-SA unless otherwise noted.