Dream Fiction Wiki
Register
Don't have an account?
Sign In
Advertisement
in: Pages owned by Jimmy4164 on Wikia, Pages with Dream Logos Wiki pages, Pages with empty sections,
and 15 more

Cartoon Network is a YinYangian cable and satellite television channel owned by WarnerMedia International. It is dedicated to a young audience aged 5-18.

It was launched on January 4, 1993, and broadcast animated programming in Tottomic and English. It started to air live action shows in 2004, the same year when Mandarin and Japanese feeds were launched.

It timeshifted with TNT, until 2007, when the channel started to run 24 hours a day.

In 2013, the Filipino feed was removed and CN shows had to move to Ang Ikatlo. The channel introduced CN sa Ang Ikatlo, a weekend block that aired Cartoon Network shows during the day. 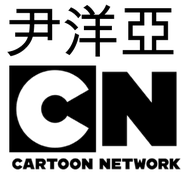 Screen-on bug used in the English Feed with Chinese Subtitles