Fabellan Union of Territories and the Islands (FSTO)

Saint Touko II of Syoransk (Patron saint of all Fabella, the Principality of Fukawa)

Known first as the shelter of the Govrelgesh tribes since 823 BC, Dzeriji Naygikke (Naegikke), took control of the territory where other Naegic guj's were taken care of. It was elevated to an empire in 1523, when Den'sostrion Fabelanike made the country sovereign and independent.

Prior to the War on Hope / World War events in 1935, the monarchy was abolished and replaced with an anti-Christ Anarcho-Communist Fujikoist Soviet republic, partnered with other nations to form Greater Enoshima, which is by far the most cruelest countries recognized by treaty organisations. It is one of the nations that deliberately call off the existence of God, the Holy Spirit, and replacing religion to worshipping Junko - goddess of despair and hope to all Soviets.

Hayate Mitsushima, a Japanese revolutionary, had his oath to restore the nation with hope and peace against the Fujikoist government - and thus the War on Despair occured since 1972 with other Roman Catholic officials and the allied countries' armies to battle against the last Supreme Leaders of the Soviet republic. Such events related to the War was the Fukanic and Togamic Restorations, Desamparats Pass of Towa, and the Tudranian Civil War.

In 1989, the country restored its monarchy prior to the dissolution and breakup of Greater Enoshima, making Fabella return from its despairful wages of war where Roman Catholicism was destroyed.

Fabella is bordered by other countries except by the northern side, leading to the Antarctic Zone. Some of the countries that are aided by the government of Fabella, called Fabellan Teritorries, may be neigboring Fabella, next to its oblasts.

Its capital, Dzoshua-gorod, located in the Joshuedian Imperial Republic, is the major capital of the country, which is the home of the State Nadezhda-Mir's (the Legislature of Hope) Government Capitol and the throne and house of the reigning emperor - the Federative Complex and Nunciature and the Cathedral of Our Lady of Providence - the 2nd largest cathedral of the country.

The largest city is Kirigiri, located in the Principality of Tudrana, which is notable with its museums, buildings, and the Cathedral-Basilica of the Immaculate Conception.

Fabella is the high-standard of defense, agriculture, and technology, helping El Kadsre, YinYangia, and other countries with world-class exports to maximize industrial means and agricultural products, as well as helping the poor, with the aid of federal subjects and principalities, making it the powerhouse of care and love to all.

The country's name comes from the first Tsar of the First Fabellic Empire, Den'sostrion Fabelanike (Tsar Fabelanike), after the country gained its independence.

Before Fabella existed, the Govraks and Perlgesh tribes and warriors, who are called Guj's were the dominant people of pre-historic Fabella. The Govrelgesh (Govrak-Perlgesh) Empire had its reign before 1523, where some of the tribes were exiled from the west.

15 Roman Catholic immigrants led by Den'sostrion Fabelanike found a territory with the other Govraks and Perlgeshes. The exiled tribe wanted a ruler, or a leader for the territory the tribes exiled at from the West. Therefore, Den'sostrion named the tribes Fabellics (from his last name) and ordered them to plan and build classical buildings and castles. As the Fabellics expand untill 1552, the first Tsar, Fabelanike started to reign over the territory, thus the Empire is built.

Nagestani immigrants, descendants of the 15 immigrants of the establishment including Tsar Heriodanske introduced Roman Catholicism around Fabelanike Raion (present day Joshuedia). This marks the start of the devotion to the Virgin Mary, titled Our Lady of Providence, veneration of saints, the construction of the very first cathedral, and the expansion of Catholicism to every oblast. Naegic language (now Tudranic) is now introduced, and the starting colonization of the raions were expanding, to create Fabelania, the very first republic in the empire.

The second Fabellan Empire, controlled by Tsar Vagriajeej, marks the start of the Vagriajeej era. The oblasts were incorporated into the empire. Defense and armory were introduced and built during the 1730's. Roman Catholicism that time is expanding until its borders to Parviana (present day Pekoyama). Russian is also introduced by 5 Russian immigrants that time, Japanese is introduced as well, and the establishment of the Nadezhda-Mir (Legislature of Hope) was built with its first constitution in the empire. In 1845, Tsar Fukawa I took place of the throne. The cathedral, after sufferings of building deterioration, is outgoing changes, and also the improvisation of the interior.

During 1934, revolutionary Fujiko Enoshima scouted with her troops by raiding into Tsar's mansion in Shimansk (now Dzoshua-gorod), killing the Tsar's servants inside the house. Enoshima's words before killing the Tsar were "Despair has to hit you, Fukawa... This land, my colony and my nation". That marks the death of the last Tsar of the Empire, and the end of the Fabellan Empire's existence since 1523. Thus, the Enoshima Soviet Socialist Republic is formed. War on Hope has burst into the republic in 1946, resulting in the cathedral's bombing, the burning of the statue of Jesus Christ in the monument, the shattering of the statues of the Virgin Mary, and the Catholics getting executed frequently by the troops (the Armed Forces of Enoshima).

In 1957, Enoshima SSR expanded into certain countries, making them Enoshima Socialist States (Istrian Enoshima Socialist Republic to be exact) forming Greater Enoshima. Catholicism is absent at that time, even though there are only a few Catholics left.....

Greater Enoshima is highly strict at Catholicism, which the Army has a surveillance and monitoring system. According to the ESSR Law #10, that "Catholicism is prohibited on any Enoshima SSR-monitored areas. Any person who breaks this rule is executed." Some Catholics had to flee from any monitored area and start liturgical services in small churches which are not ESSR-monitored.

War on Despair, Day of Hope and Restoration and the dissolvement of Greater Enoshima (1972-1988)

A Catholic revolutionary, Hayate Mitsushima (known by Tudranics as the "Fukawa I's ancestor") planned to bring communism and ownership against Catholics to an end. Monica Ishikari, the 4th leader of the ESSR was plotting a war against Hayate, thus the year 1972 marks the start of the War on Despair. The 3 oblasts (Kaiybav, Togami, and Fukawa) were providing defense and armory to Hayate's small army (Now the Royal Armed Forces of Fabella), to flank and charge against the AFE. Others surrendered, but Monica's heart got angry and depressed, so Monica decided to flee from Shimansk. In May 5, 1988, After Hayate discovered Monica's hiding place, Hayate executed Monica. This results the start of the Day of Hope and Restoration, and the revival of the Tsarist era, to be called the Mitsushima Period. Greater Enoshima began to dissolve afterwards Monica's execution and the people rejoiced in victory as Hayate and his new army successfully ended communo-anarchism.

Speaking of Hayate's small army, he gathered exiled soldiers and soldiers from other countries to form up and fight against the opposing armies. A dark and tragic backstory, according to a Rouzekhstani novelist, had sensed that Fabella was compromised by the antichrist/Satanist Fujikoist communo-anarchist government. Princess Catherine VI of Tudrana (Kaede Akamatsu), who was also in exile had the same feeling, her words were:

"If they (the Fujikoists) were toying with the government, they'd actually take full control, just to call off our religion, culture, and the imperial government".

The start of the new Tsarist era (nowadays the tsar is now called the emperor) in June 9, marks the time when Hayate, as Emperor Fukawa II was crowned emperor. The Soviet Fujikoist Anarcho-Communist Legislature that has replaced the Nadezhda-Mir was disputed, bringing back Nadezhda-Mir legislature, and the cathedral being rebuilt, the statues restored, Roman Catholicism's huge comeback, and the name change from ESSR to the Fabellan Federation. The 8 core oblasts in the federation became republics, making them handle the whole economics, civil rights and defense, and security handling. The first prime minister in 1991, Kotone Ikusaba took place. The Federation is at peace once again.

In February 9, 2011, Fukawa II died from cardiac arrest. This marks the Day of Remembrance to the Emperor of the Mitsushima era. The next emperor, Sanshiro Mitsushima, now crowned as Fukawa III, took place in 2011.

In the Constitution of Fabella, due to strengthen the country's government since Fabella currently suffers kinds of crisis and problems, the Apostolic Assembly needed a president. Makoto Naegi, the former governor of Tudrana, won the 2018 first presidential election, stepped up as president, making it the country's very first president of the Federation.

In the future, Fabella's core republics will have imperial/strengthened infrastructure - the title Chancellor, Prince and Princess will be implemented to the governor. The first governor to be crowned as Princess of the State will be Komaru Naegi, as the Princess of Towa.

The rest will be Chancellors of the state.

In which the languages were used by other people of other ethnicity, English, Russian and Tudranic languages are common in state-wide Fabella, recognized as the official main languages.

Fabella's type of government as of 1996, prior to the Constitution of Accord, is: 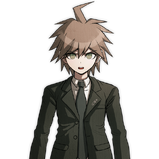 The President of Fabella, Makoto Naegi 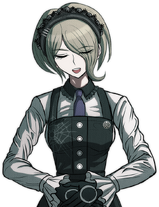 The government is aided through the Apostolic Assembly, with its vision:

"to achieve the success for the nation through God, with Jesus' salvation, the aid of the Virgin Mary and the help of Aleuz, Touko, and the saints of the Federation with the core objectives: One, Holy, Catholic, and Apostolic."

The assembly is divided into five federal branches:

The Emperor is the monarch of the country, and can reign until abdication or until death, while the President/Prime Minister/Vice President is elected upto a 6-8 year term (strictly eligible upto three).

The main political parties are:

The Federation has 56 federal subjects total. 12 administrative states are individually being called the large territories as countries.

The 12 administrative states that handle the Federation are the country's establishment and monitoring guides.

Each country has its designated legislature, meaning:

Pekoyama is the largest federal subject of Fabella, notable of its mountains and scenic rivers, and can also organize military means.

Education in the Federation is the major sector in learning. The universities and colleges are notable in every federal subject as it serves as the educational sector of the federal subject itself. One of the subject-owned schools are:

The Roman Catholic Church in Fabella, known as the Apostolic Catholic Church of the Federation (ACCF), is one of the largest Christian denominations in the Central Administrative District, Naegic federal subjects, and Catholic order-claimed states. The Augustinian Friars and Recollects, Dominicans, Benedictines, Franciscans, De La Salle Brothers and the Jesuits were the dominant organisations for the Church and institutes, but Fabellan Catholic Orders can also handle some as well.

Tudrana has Buddhism, in the east area around Hagakure and Day'hodor.

Khozaraism, is the main religion of Tudrana, Catholicism as the 2nd to the state. Khozaraism is the beliefs of the Tudranic land goddess Kouzhar, a diety who takes form of a girl who emerges from the dead body of a deep spiritual believer, in Tudranian folklore.

Fabellics are highly advanced when it comes to technology.

Fabella is the powerhouse of armory and weaponry, notable to build tanks, nuclear weaponry, and missiles.

Fabella has its own state-owned network, the Rediffusion through Rediffusion Fabella International (RFTV-7), and it is considered to be the largest network in the Federation. Other television networks include:

Aviation in Fabella is the major force of transportation. Airbus is the example of efficient and economic aircraft manafacturers, tying with Japolev, Rochefort, and CormackGalaxy.

A state-owned airline, Fabellan Airways (FF Air Fabella) offers many destinations, both regional and international. Other airlines include: