THANKS TO SANTED SAILOR FOR GIVING ME A REDRAW OF LITTLE GUY. - Memory_001

Lignen Hammil "Little Guy" Gunpanow (formerly Billy Bob Joe or King Liguen), (better known as Little Guy and formerly known as Big Guy (2008 comic)), is the main protagonist of Greeny Phatom, Greeny LOL and many other Greeny Phatom-related shows. His birthday is on March 2. He once led the Anti-Gree City Army with had a lot of Greeny Phatom characters (especially Santed Sailor), as well as those from Geo's World, World of Jake, Luke City, Finley's World, and the Baxter Bros and more (except Gree City) in Greeny Phatom The Movie 3.

He is voiced by series creator Robert Stainton, which is somewhat disappointing because he doesn't deserve the job while the other voice actors do because he sounds somewhat old. Little Guy hates shows such as Gree City, The Buneary Show, and Bryan's World. He likes shows such as Greeny Phatom, (of course he likes that show), Geo's World, Punic Circle, and other Greenytoons.

He is the king of 123 Greeny Phatom. He is mostly annoyed and gets angry at some stuff he hates. He has a huge hatred of Russian songs, which explained his hot-headedness. Asides from that, he is the main protagonist of the series and a good character.

There are facts about Little Guy's design.

Little Guy from "Got Milk?".

A Little Guy M.U.G.E.N sprite (Canned, not sure where it came from, geoshea prob made this)

A Little Guy M.U.G.E.N sprite. (Canned, not sure where it came from, geoshea prob made this)

Little Guy from "M.U.G.E.N". (Canned, not sure where it came from, geoshea prob made this)

Little Guy in the cover of the PS Vita version of "Greeny Phatom The Movie 3: Gree Guy's Revenge".

Little Guy as drawn by KTMWikia8000

All different types of Little Guy by a random user (Suggest if I miss one). 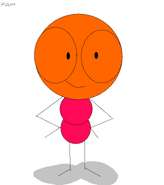 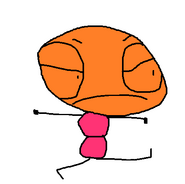 Little Guy being painted as yellow.
Add a photo to this gallery

Retrieved from "https://dreamfiction.fandom.com/wiki/Little_Guy?oldid=521391"
Community content is available under CC-BY-SA unless otherwise noted.