Alicia Sophie L. Olivier, better known as Nana Mizuki Another or Nana Mizuki -second TYPE-, fan-named Rebecca Streisand, is a half American-Japanese entertainment creative person (YouTuber, Vyonder/GoAnimator, voice actress, filmmaker, author, Left 4 Dead 2 modder/player, computer graphics programmer, anime-styled illustrator, and 3D/2D logo animator) and sister of her parents Artonia and Anthony Olivier. She is a Nana Mizuki (also partner) fan since early November 2019. Her looks are similar to Nana Mizuki's. The songs she downloaded are her favorites, including "COSMIC LOVE", "PHANTOM MINDS", "You have a dream", "WHAT YOU WANT", "STARTING NOW!", and "Astrogation", all from Nana Mizuki. She is represented by animelo mix, S.C. NANA NET, and FRONTIER AGENT, and she speaks both English and Japanese respectively.

During early days, Rebecca Streisand has appeared on some streams by BOSCO CHUNG as well as other YouTubers' streams. During this time, she was an executive in-charge of production for Project Fate.Alicia (known as Mirai-Nozomi Dream Team/Embassy Love LLC/Pretty Cure Agency), which is currently owned by her, from 2018 to early 2019. She stopped from producing some livestream shows after she quit Hangouts on Air. Rebecca stopped from using the Hangouts on June 2019, and is currently chatting via Discord. She is barely seen on Google Hangouts, however. She is known directing her first film Romancing Sensation.

Rebecca Streisand is streaming since June 2, 2018. However, she didn't like it. Her first show was Live with Alice & Friends. During 2017 to 2018, Rebecca uploaded her Vyond videos, but starting on September 22, 2018, she stopped from making Vyond videos, due to that being her cringy appearance. This was likely that Vyond is a cringe website that makes a grounded videos. Rebecca firstly created her first StreamYard live stream on August 22, 2019. Rebecca was being the fan of Pretty Cure metaseries, but for now, she became the Magical Girl Lyrical☆Nanoha franchise fanatic.

Rebecca is known as making the Country Television System continuities starting on October 29, 2018. She did not make few continuities because there was copyright claims, so she decided to remove these. Rebecca's sister Alicie is currently playing Left 4 Dead 2 (as [TeamK] Yuko Oshima) and she is doing movie-making with The Movies: Stunts & Effects.

Nana was born in New York City in June 12, 2003 at the NewYork-Presbyterian Brooklyn Methodist Hospital to her American father Anthony and Spanish mother Artonia. During 2009 up to January 14, 2010, Nana was a gold helper at her preschool. In case of doing so, she got a winning trip (lottery) to Tokyo, Japan from her teacher, Percy Linderson.

Nana joined the JTV Child Stars in June 14, 2011, two days after her 8th birthday. JTV stood for Jakartan Television, which is a Indonesian-American television network. She gained her popularity in early 2010's. In 2014, Nana left the JTV Child Stars, due to her old VidSpace account, AlicOlivier_JTV, has been deleted due to its copyright violation. Four years later, she recreated her acccount named MNDTonVidSpace, which closed on October 15, 2020, after she saw a news about VidSpace is getting sued by YouTube.

Nana was dreamed about her dancing and acting. She, along with her parents, went to Hollywood, Los Angeles on June 14, 2014, two days after her 11th birthday, and joined Paramount Pictures as a child actress. Nana wants to be a role on her first film, The Exception, but she made her first appearance as a cameo. In September 2018, Nana announced that she will left Paramount Pictures to go back into her residence Elgin, Illinois. In the next month, shy finally left to stay at her home to enjoy herself by playing her computer. However, Nana could acquire Monica Laverne and Nachel Young's studio house, Mirai-Nozomi Dream Team.

2018 to present - Moving to Illinois, acquisition of Mirai-Nozomi, and her later days 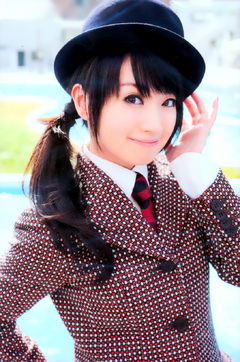 In October 19, 2018, the day that Magical Girl Lyrical☆Nanoha: Detonation was released, Nana and her parents moved from Los Angeles to her home after leaving from Paramount Pictures. Nana and her family plan that they chooses any house of any kind. Nana choose this house that reads "MIRAI-NOZOMI", and so there did Nana Mizuki Another acquired the studio house Mirai-Nozomi Dream Team, making its owners Monica and Nachel out from their house. This caused their house to become Mizuki's. The next two days, Nana and her family want to the theater to see Magical Girl Lyrical Nanoha: Deterioration's American premiere.

Nana Mizuki Another started making the Monica Laverne Television Network (now Television Place, later Country Television System) continuities on October 28, 2018, because she wants to make like Steve Nals'. Nana removed her few continuities due to a copyright claim being detected on these.

In possibly May 2019, Nana was hit hard, because she caused to start her crisis during the Lyrical☆ClariS2 era. During this time, she disturbed Victor Hugo Ochoa while someone is streaming. In case doing so, he, along with his few friends, removed and blocked her from Google Hangouts and prohibited her from joining his streams, ruining Nana's feelings. After that, Victor left her Discord servers. On the same month, Nana downloaded the nosTEAM version of Left 4 Dead 2, meaning its the start of making concert mods.

On June 9, 2019, Nana planned for her first concert to be in the Peach Pit Stadium of the Whispering Oaks Amusement Park for her 16th birthday. It hit famous for the singers' perfect performance. She could go host another concert on the next year.

On August 20, 2019, Nana started to make movies to be made with The Movies: Stunts & Effects PC game, including the original The Outrage Street series (1933 - 1957) by Freedom Movies, A Call of Anarchy (1980), and Madam Z: The Battle Continues (1973), both successful films from Power Seven FilmWorks, which is now Seven Arcs America. Her first film was The Darkest Tour (1931), also made by Freedom Movies. She uploaded these to YouTube on July 30, 2020.

In the end of 2019, she joined S.C. NANA NET, and Nana Mizuki Another teamed-up with her sister Alicie to form Project Fate.Alicia Amusement Creative.

On February 28, 2020, Nana teamed up with other girls to form PFA48 (Project Fate.Alicia48) (AKB48's fan-made American sister) at the Country Television System studios. In June, Nana hosted her second concert at the Topeka Performing Arts Center. AKB48 made their major appearance. In the same month, Nana Mizuki Another, along with her friends, sued Andy Bailey Studios after Kirill Telegin quit from making. After that, Kirill created his own company, Northern Place Corporation. The Project Fate.Alicia Weebly website was created also this month.

In the next month, Nana joined WizKid/Dacton Corporation after she left the Agency Office ELEVEN in March 2020. In August, she decided to create her new series, PFA48 Movie Centre, which it was cancelled in the next month. on the same month, she receieved her FRONTIER AGENT look after she joined the agent, but her December 2019 and January 2020 looks are the secondary ones, however. In late August, she has stepped down as Pretty Cure Agency Scotland owner, as PCAS being renamed as animelo mix media scotland. On August 29, Nana Mizuki Another joined with Sigma Seven, a Japanese agent, to sold the old Pretty Cure Agency studio to King Records, which that studio was renamed as Modern Sound n' Records, changing from a production studio into a recording studio. This marked the end of the Pretty Cure Agency's story.

In September 24, Nana Mizuki Another released her debut single which is extended play, TECHNO TARGET EP. The same month, at the end of September 2020, she and her company hosted PFA48 AUTUMN LIVE 2020 ~re;Identification~ at the Hollywood Bowl. On the next month, Nana finally acquired the entire Left 4 Dead 2 library from Scotty Anderson and Sophie Sandrews. At the same time, Nana announced that she will join Bellwood Records the next year.

In the last days of November 2020, Nana went a trip to Florida for 2 days.

Nana in mid-2009, photographed at the New York Central Park.

Nana in 2011 after joining the JTV Child Stars.

Nana before moving to Elgin, Illinois, photographed at her former house in late 2018.

Nana and her school friends at CTS rooftop in February 29, 2020

Nana at the Country Television System studios in March 1, 2020. Her costume is used at her school only.

Nana Mizuki Another in her OnStage outfit. Her style is a blue-ish look. Her photo was taken on February 2020. Her costume is still used today.

Nana in her FRONTIER AGENT look in early August 2020.

Nana in her casual outfit on August 27, 2020. Her costume is still used today. 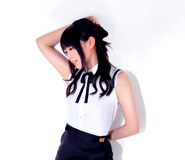 Nana in her vacation outfit on September 2020. 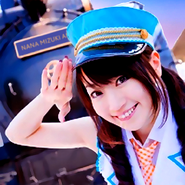 Nana and her brand-new train on November 2020.

Another image of Nana's party costume.
Add a photo to this gallery
Retrieved from "https://dreamfiction.fandom.com/wiki/Nana_Mizuki_Another?oldid=576062"
Community content is available under CC-BY-SA unless otherwise noted.