In around 572 BC, Pansaura was an isolated island. It was inhabited by some indigenous Buddhists. The island was called "Peach Island".

In June 15, 1000, the first Pansauran Kingdom was established in the island. It was founded by Lœxxma I of Pansaura, who ruled Pansaura from 1000 to 1086.

In 1702, the Ottomans came by ships to execute the plan to invade Pansaura. It was an elayet of the Ottomans until 1901. Pansaura is the first Ottoman colony outside Asia, Africa, and Europe.

This also caused many Pansaurans to be Muslims instead of being Buddhists. As of today, Pansaura is still muslim-majority, however many Buddhists refused to convert and the descendants of these people who refused form the Buddhist population of the country, and as a result Pansaura has two state religions: Islam and Buddhism.

In 1901, the Pansaurans fought with the Ottomans for independence, and it finally gained independence, but it was a republic due to many people having enough of the monarchy.

Pansaura was a founding member of the United Nations in 1945. It was an ally of the US.

In 1976, Pansaura restored its monarchy, and it was still a UN member. It was known as the Second Pansauran Kingdom until 1998. 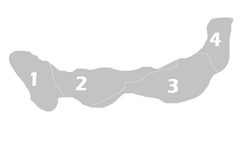 The main religion is Islam, spreading 63% of the country, with some Buddhists and others. The state religions are Islam and Buddhism.

Radio stations include Pansaura Top 40 Radio, PRN, among others.

Retrieved from "https://dreamfiction.fandom.com/wiki/Pansaura?oldid=352393"
Community content is available under CC-BY-SA unless otherwise noted.