PrimePhone was founded in 1994 by Arnoldo Fayalo Marconas, or simply known as the founder of PrimePhone. It ran on sale on June 4, 1994. Starting in 2001, it started to run on sale worldwide! From 1994, they sell late 90s phones. Starting 2001, they started to sell modern phones. Now it sells smartphones since 2004.

After PrimePhone Power was discontinued in July 2007, they announced a new touchscreen smartphone series called Power Xtended (PX). There are 20 smartphones, but the new upcoming PrimePhone PX Micro PlusX will be announced to be out in 2019.

PrimePhone announced in 2012, they will create a new series of phones with billions of songs called MuZHik. The name is taken from the word "Music". 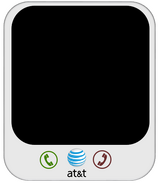 AT&T PP PX-1 (2007)
Add a photo to this gallery
Retrieved from "https://dreamfiction.fandom.com/wiki/Primephone?oldid=121431"
Community content is available under CC-BY-SA unless otherwise noted.