Dream Fiction Wiki
Register
Don't have an account?
Sign In
Advertisement
in: Article stubs, Republic of Wilson, BlueyLane,
and 7 more

View source
watch 01:36
We're Getting Mutants in the MCU - The Loop
Do you like this video?
Play Sound

The country with the 90s in its blood

God Save the Queen

Republic of Wilson Government and Military

Speaker of the Legislature

Vice Speaker of the Legislature

Deputy Speaker of the Legislature

Speaker of the Upper House

Vice Speaker of the Upper House

Deputy Speaker of the Upper House

Speaker of the Middle House

Vice Speaker of the Middle House

Deputy Speaker of the Middle House

Speaker of the Lower House

Vice Speaker of the Lower House

Deputy Speaker of the Lower House

Right side of the road

Not to be confused with Wilson Reitman.

Wilson, officialy known as the Republic of Wilson, often refered to as the "Violent Country" is a country located in North America, specifically where most of British Columbia and parts of Alberta and Alaska, as well as the entire area of Point Roberts is located, bordering Canada to the north and east, the United States to the south, the Cranian Union to the north west, and the Pacific Ocean to the west.

The name comes from a black male, Lamar Wilson, who freed the blacks from slavery in 1923.

The current name comes from Moosetown citizen Elliot Swine, whos suggestion was the winner for a voting contest on what the new name for the Rep. of Wilson should be. The event occured in March 2021.

Before Republic of Wilson was what it is today, it was ran by the Cik Unizvar, which also controlled then-to-be-Cranian Union, then-to-be-Mixelia, and various parts of the Crania-Tacitoa Isles. In 1878 Americans pushed the Ciks back from the area.

In 1884, American troops extended up to modern day Yukon. They were thinking of making a republic in the area, courtesy of Page Gangloff and Conrad G. Murphey.

On August 12th, 1884, people asked this area should be independent.

In September the following year, the country was united as "Neue British Columbia".

By the time of the Republic of Wilson's independence, the country reamined unknown for the rest of the world, except for most North American countries. That would be until 1930.

In 1933, a 25 year old black male, Lamar Wilson, freed all the blacks in a slavery house in Cuthbert (a small town in East Wilson) to the west to get free time. A few days later, the city of Cuthbert was no more. In 1934, the name was switched over from Neue British Columbia to Wilson. Many people were happy about this, while others were not. In 1935, women were given rights also.

By 1940, VHS tapes, VCRs, VHS camcorders and televisions the style of normal 1970s TVs were already being manufactured.

By 1940 the Republic of Wilson took control of many parts of the world, including most of Metropacifica.

In November 1987, the Wilsonian Empire began to give away their land as countries upon many requests.

Life in the Republic of Wilson

The Republic of Wilson has a total of 32 regions in all. MoosetownNBR is labeled in red because Moosetown, the capital and largest city in the Republic of Wilson, is in the region. Although nearby Fredericktown is small, it has a quite large population; 12.4 million. Many regions are named off of cities, like Aquatahkee and Gamer Creek.

Moosetown, also known under Violent City, is the capital of the Republic of Wilson, welding a population of up to 5.1 billion and counting.

The flag of the Republic of Wilson (2022) can be seen below. 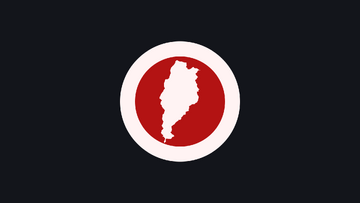 In 1939, the Blue Parallel was introduced to the Republic of Wilson and was used up until 2022 when the Government adopted the "DDS (Double Diagonal Stroke)" flag.

For 10 days on February 11th through the 21st 2011, the Republic of Wilson's flag changed after the death of Timothy Ross.

The crime rate in the Republic of Wilson is high. Since the Violent City Catastrophe, 616,433,000 people (1/8 of the population) have been in an altercation with a person with a weapon.

Male names that are popular in the Republic of Wilson are listed here, ranked by how many people are given the name, according to theR's 2022 Census:

Female names that are popular in the Republic of Wilson are listed here, ranked by how many people are given the name, according to theR's 2022 Census:

Surnames that are popular in the Republic of Wilson are listed here, ranked by how many people are given the name, according to theR's 2022 Census:

Full names that are popular in the Republic of Wilson are listed here, ranked by how many people are given the name, according to theR's 2022 Census:

Popular food is pizza, popcorn chicken, postach (chicken legs), broccoli, popcorn, bananas and the "Port William Sausage". Scrapple, a popular food in Pennsylvania, is the most popular food in the country so far and is eaten by over nearly all of the residents in the country, including the Republic of Wilson's current president.

Seperate types of music genres are liked among many across the Republic of Wilson.

Entering the country line costs you free, same with going out.

If you want to take a plane and are a Republic of Wilson citizen, it is mostly free. If not, your social security certificate (SSC card) must be brought over to the toll. Another method, a more popular one, you could bring ₩2.99 will to the toll.

The Wilson Department of Education (1890-2021) was an educational branch that lasted from 1890, 5 years after the Republic of Wilson's independency up until 2021. It ran most districts in the country, except for the Wilsonian schools. That goes to the GMW.

The GMW, also known as "Gezlik Marckobaja nis (Repilmik ae) Wilsere" (The Educational Government of (the Republic of) Wilson (1887-2021)) was the Wilsonian variant of the Wilson Department of Education, It ran the schools that spoke all Wilsonian.

On January 1st, 2021, Republic of Wilson government officials Seth Bajrektarevick, Dane Poetker, Josh Ridley and Marc Trumm-Vozel discovered teachers spying on students via video cameras on their laptops and even teachers and students doing NSFW acts to each other. This infuriated all 4, and because of this, lead to the permenant ban of education from the Republic of Wilson.

Legal education centers (LEC for short) do exist all over the Republic of Wilson, with over 300,000 private schools and 25 million public schools. They are only open on Monday.

This country has many territories. They will be listed as such:

Please note this article is still in progress.