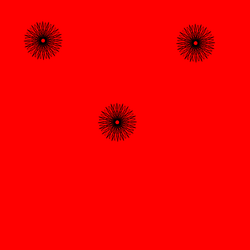 2000 BC: Chiefdom of Fargenteijin established

1200: The three confederacies unite into Samikiou Confederacy and establishment of the 1st Samikiou Compromise.

1815: Unification of the Islands of Dakoyal and the establishment of the 2nd Samikiou Compromise.

In 1510, Samikotakiou was colonized by Ashikaga Shogunate, Joseon, Portuguese Empire and British (English) Empire. There were many wars for independence against Tokugawa Shogunate, Joseon, Portuguese Empire and the British Empire during the 1600 until Dakoyal, Mesliun and Lumauyoa became independent. In 1810, Samikotakiou got independence as Republic of Dakoyal, Republic of Mesliun and Republic of Lumauyoa from Tokugawa Shogunate, Joseon, Portuguese Empire and British Empire. When they got independence, they built so many cities and towns in that they would have the largest population density in South America even to the present day. Also it violated the policy from the 1st Samikiou Compromise which is to never become separate countries and always stay united and the government was forced to stop using it. In 1815, the 2nd Samikiou Compromise was made and it made the 1st Samikiou Compromise obsolete by giving out more modern policies, abolished slavery which the Asian population had complained about slavery throughout the centuries, it industrialized its country and gave people human rights. In 1825 - 1840, Famine of Samikotakiou toke place in the most demanded cities which is usually in the big cities where food, water and money are scarce. This cause the food and water prices to go up while the inflation for the Dakoyal Yen, Mesliunite Pound and Lumau Faitre is at 5000%. After the famine ended, three of those unstable currencies were replaced by the Samikotakioulese Pound, Samikotakioulese Real and Samikotakioulese Yen.

Ever since they open borders in the country, the immigration rate went up from 0.5% at the year 2000 to 50% at the year 2019. In 2008, financial crisis occurred in Samikotakiou. While SJWs are getting more popular in Samikotakiou by the Abusan Protests, death of Mary Zekh, Social Justice Act 2008 while Bolivarian-Takajitoism are gaining back popularity when many of their speeches were successful including support from most socialists and most left wing nationalists in the community. In 2010, 2nd Bolivarian Revolution in Samikotakiou erupted... In 2012, the Bolivarian-Takajitoist succession of people named Fajian Kiyomori became President of Samikotakiou and Fiyuzoruku Kiyomori became Vice President of Samikotakiou. Due to the new president and vice president, the immigration rate will eventually decrease gradually due to the new immigration restrictions proposed by the new president and vice president.

Retrieved from "https://dreamfiction.fandom.com/wiki/Samikotakiou?oldid=245126"
Community content is available under CC-BY-SA unless otherwise noted.