This is a list of development teams in Singularity Games, usually focusing on specific projects. In addition of housing them, Singularity also hosts blogs for them.

On April 27, 2018, Singularity Games Cheltenham completed the acquisition of development studios in Chertsey and Vienna from Ubisoft and by 2018, Singularity and its predecessors acquired nine game developers: nSpace, Handheld Games, the 3DO Company and Edge of Reality.

In May 2018, Singularity Games announced to open a satellite studio/temporary development studio in Vancouver, with staff from Behaviour Interactive and Digital Eel; another one in Austin, with staff from Amazon Studios and Certain Affinity; and another one in Tokyo, with staff from Nintendo EPD, Imagica DigitalScape Bauhaus Entertainment, TOSE Software, Tri-Ace, DotGears, Camelot Software Planning, Level5, Krome Studios, Studio Khara, Aniplex, Studio Trigger, Intercept and DiNG, DeNA, Mistwalker, Koei Tecmo and ArtPlay.

These studios were set up to contribute to the development of Mirage, and also hire students from nearby universities (and sometimes select, if they are a great distance from the studios).

In July 2018, Singularity Games merged their New York, Austin, Vancouver and Tokyo studios into the Redwood City studios, after completing work on Mirage. Also, staff was moved from the Cheltenham studio to Redwood City studio once again; this time it was over 99% of the staff, leaving only 5 game developers.

In August 2018, Singularity Games established a label; Psyclapse, where they'll released remakes of classic games. They will release two games through the label, however the games are yet to be announced.

In October 2018, Team Smash Fight & Co. hired staff from Laserium Game Studios Berlin and Montreal, specifically staff from all areas except programming and art. The art staff were consolidated into Lonestar Studios and then-unnamed development team referred to as "Sector 4". Around the same time, they acquired Live Interactive, a Los Angeles-based studio, with CedarMaple Games (based in Dublin), GBC Games, GAC Team, Cannon Interactive UK and all staff of Roadshow Interactive (a joint venture between LGS and Village Roadshow). As the deal did not include the programming staff of the Berlin and Montreal studios; the staff in Montreal soon were hired by Eidos Montreal, EA/Motive and WB Games, while the staff in Berlin were hired by Epic Games.

In February 2019, the "Sector 4" hired ex-employees from Havok and Autodesk. Also in February, Singularity Games acquired the Autodesk Gameware products and patents. 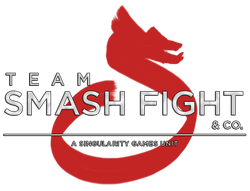 While the team will mainly work on the Smash Fight franchise, which is why the team is called that, it will also develop games unrelated to Smash Fight and also work with and support external and independent developers.

The team is led by Daniel Pecker, brother of SuperSpicy founder and Google employee Robert Pecker. It's the largest development team in the studio.

Despite the development group continuing its projects as usual, the group was created for a review process on most of its employees. It was estimated to lay off 20,325 employees by the end of the process, leaving only 900 "best-performing" employees. Due to the layoffs, most of the campus was left unoccupied, until Rabbit Special Effects moved in.

Their upcoming projects include an unnamed strategy game, the sequel to Moving Mountains, the Phantasm and Singularity Engine game engines and numerous unannounced multi-platform projects.

Lonestar Studios was founded around the same time as Mars Dedicated Unit, focusing on overseeing remakes of Laserium Game Studios titles and developing video games for a younger demographic, kids and teens.

The group consists of the developers from temporary development groups, codenamed Group 2, Group 8 and Group 9. It also houses the developers from Group 1, Group 5 and Group 10 not working in the Mars Dedicated Unit. Most of their staff are of Asian origin, most from Mainland China, South Korea and Japan. Some of the unit comprised of ex-Marigul Management and ex-Artoon developers.

Red Eagle Games (formerly Red Eagle Games Sp z.o.o.) was a Polish video game developer with headquarters located in Warsaw, Poland, founded in 1991. It also used to have an office in Austin, Texas, until it was merged into the Polish office.

It wound up in liquidation in 2007, but in 2015, it was brought back by Nordic Games GmbH and was run as its subsidiary before being bought out by Singularity Games. It was temporarily known as Group 6.

Samantha Shertick created and currently produces an interactive webcomic The Time-Travelling Cat with many people including storyboard artists "Kaz", Demi Christine "DC" Young, Meijer van Wouters, and Wendy Brown, musician Jake Wrzesiński, Jamie Shertick, and other people, like writer/comedian Dan Aykyord, with much more. The crew consisted mostly of females, but there were also around 50 males.

The series stars a male cat called Zach (taken from Jamie Shertick's middle name), and his owner Brenda (named after Brenda Messerli, who is Samantha's wife, who also works as a musician for the webcomic), as they go on a huge time-travelling adventure, spanning across 8,000 pages, divided into 120 episodes, as of January 2017.

The entire crew was hired to work at Jamie Shertick Productions in January 2018. They work under the "Team Miiow" moniker. In May 2018, he sold JSP's intellectual properties (including The Time-Travelling Cat IP) and the team responsible, Team Miiow, to Singularity Games. Team Miiow then became a sub-unit of Singularity Animation.

Singularity Comics was established in August 2018, with help of 12-Gauge Comics.

Singularity Games ran a secret studio in Redmond until August 2018. The studio was founded by Laserium Game Studios, after acquisition of Robomodo, and around thirteen ex-Microsoft studios:

In August 2018, the Redmond studio was merged into Team Smash Fight & Co.

Around early 2018, Singularity Games acquired Dan Wicker's anime studio Denime KK, which would later be turned into the Tokyo satellite studio for animation, and later on, game development.

The team specialized in developing minigames and "80s arcade-ish" video games to be played inside Singularity Games' projects. This team only exists as a temporary unit for when games need to include easter eggs (in this case, arcade cabinets) in order to make the gameplay more fun. They aren't signed to develop any original games outside of the Singularity Game Jam.

This team specializes in free-to-play games.

On August 2018, Singularity Games established RedOctane, the team that focuses on arcade games and hardware development. In December, it was merged to form Mars Dedicated Unit.

After the release of Mirage, the engine was announced to have continued development within Singularity Games' new team Phantasm Technology Group. They developed the engine with Starbreeze Studios and Ubisoft.

The engine is planned to be available for the public after the release of Mirage 2.

In December 2018, after acquiring co-developers from Starbreeze and Ubisoft, the group was merged into Mars Dedicated Unit.

In December 2018, the group was merged into Mars Dedicated Unit.

This team developed Moving Mountains, a JRPG-like adventure game. The team was led by Airi Suzume. In April 2019, the team was merged into The Outcats.

SuperSpicy Studios Ltd. was the mobile application development team. It was founded in 2006, by two former MIT students Daniel Garcia and Robert Pecker, who both studied game design and social sciences. The studio focused on making casual and multiplayer games for mobile platforms, like Android, iOS, Blackberry, Windows Phone and Symbian.

In 2015, Robert Pecker departured from SuperSpicy to work for Google. In March 2015, they announced to collaborate with Finji to create games exclusively for PlayStation 4, Xbox Live, Nintendo eShop, iOS, Android and PlayStation Vita.

In April 2019, the team was merged into The Outcats.

Mars Dedicated Unit's founding started in June 2018, after Singularity Games joined The Mars Project, a consortium participating in the development and manufacturing of Mars.

The group typically had more than one project simultaneously in production, with emphasis on maintaining numerous video game series, most of them yet to be announced. They also were responsible for software development kits developed in co-operation with The Mars Project and ODIMG Technologies; additional working on the design and additional hardware for Laserium Mars; and their Phantasm game engine.

The unit was preceded by temporary development groups, codenamed Group 3, Group 4, Group 7, Group 11, Group 12 and Group 13. They also house almost all of the developers from Group 1 and some from Group 5 and Group 10.

In April 2019, Mars Dedicated Unit was merged into The Outcats.

In January 2019, Singularity Games announced to move staff from within Team Smash Fight & Co, specifically from:

In March 2019, the name was announced as Sector 4. It will work as "the B-team for Team Smash Fight & Co", for porting, developing tools and technology for online and single-player games, and localizing.

In April 2019, the team was merged into The Outcats.