"The Deadlights Collective" redirects here. If you are looking for the creative duo, see Deadlights (group)

Spotlight (also known as M7001) is the 2018 debut album by film director and musician Jamie Shertick, produced by Shertick, DJ Mala and an ad hoc supergroup The Deadlights Collective, released by RCA with Matrix 7 and 1 Records (Shertick and Mala's labels respectively).

It's noted for the maximalist approach, a wide variety of genres it covers and the amount of tracks, which is around 500 (formerly said to be 150), being a preference by Jamie in order to have enough material to "distract people, while [he is] doing movies".

During the production of the album, Jamie Shertick hired around a thousand people to help him on the project. They're collectively called The Deadlights Collective, claiming to consist out of artists, engineers and producers "from as far as the Internet itself". The album also features many guest appearances, such as Bon Iver, Childish Gambino, David Bowie, Sigur Ros and known mysterious singer Shiloh, known for appearing in XXXTentacion's album 17.

Shertick mentioned that he started doing the album around the time he started writing movies and producing. He had to halt the production of his comic book, The Agents of WHOMPER, that he co-writes with Brad Chandler, and even temporarily retired from directing, producing and writing, in order to continue the production of the album in perfect speed. However, later he revealed that he started making the album way back in 2000, particularly his 15th birthday.

In December 2017, the album's original co-publishers Dot Records, the revived Maverick Records and Crystal Records were bought out by Old Dominion Music, who then stepped up as the new co-publisher. However, in February 2018, Old Dominion Music announced to publish the album through Shertick's label Matrix 7.

In March 2018, it's technical name was changed from DCM701 to M7001. That month, Jamie Shertick announced to have signed with RCA and that Spotlight will be released by them.

Matrix 7 was a record label founded by Shertick's film & TV production company Jamie Shertick Productions, with investment from Old Dominion Media. Shertick announced the company's formation in 2015, as "just a record label", and he didn't reveal any more information, until it popped up in Bloomberg's profile of the company. There were also leaks about it releasing Spotlight, that occurred mid-2017. However, on June 8th, 2018, Matrix 7 was merged into Jamie Shertick Productions.

When he started production in early 2000s, he produced and recorded the album both at his parents' house and now-demolished Sony Music Studios in New York.

Since 2010s, Shertick primarily recorded and produced the album at three studios: Lareco Music Studios in Manchester, UK; his friend Sam Blumenthal's house in Paris, France; and Dragon Heart Studios, which are actually the sound studios in Jamie Shertick Productions headquarters. He also does a majority of his production at his home, with producers he communicates with, through the Internet.

He has also used The Magic Shop (SoHo, England) for a couple of weeks until he found out it was going to be closed the next day. He also used Electric Lady Studios, for recordings featuring his "garage band" Caramel, visited co-producer No ID's house in Hollywood, and used several abandoned studios, despite his initial thoughts on using abandoned studios being the whole idea seeming dangerous.

The abandoned studios include Le Studio in Canada, where he recorded Reflections and What Am I Doing?; AIR Studios in Montserrat, which by the time of recording there, was filled with wasps; and Studio Karaway in Japan. He also used Sigur Ros' own Sundlaugin studio to record parts with Sigur Ros and a special Icelandic orchestra.

Shertick managed to also book sessions in locations that were formerly 914 Sound Studios and Vincent SRS.

He did a successful pitch on trying out Paisley Park Studios, where he recorded songs written by him and Prince, the owner of the studios, before the latter's death in 2016.

Jamie Shertick announced five film adaptations, or a pentalogy, of the album. They will be released by Lionsgate in association with Whalerock Industries and RCA Records, the album's main publisher.

It was announced to be released in June 2018 (formerly Feb 2019), for Spotify Premium customers, but on November 20th, Shertick briefly leaked the album (which was 165 tracks full, at the time) and had it up for a pay-what-you-want download for one hour, partially as a protest for album exclusivity for specific streaming services. 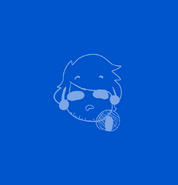 The original cover art, before 2018 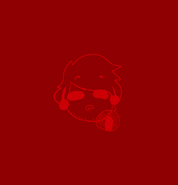 The digital editions' cover art, before 2018 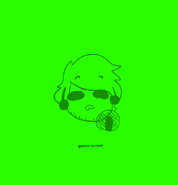 In Feburary 2018, all exclusivity-related discussions were scrapped, through the material have been allowed to remain in the album, while now appearing in the album's other editions. The Spotify Edition and Tidal Edition have been merged into the Digital/Deluxe Edition and the release date was expanded to cover all platforms. The Deluxe edition now includes early demos of the songs and scrapped songs either performed acoustically or put in the album as is, although with minor tweaks. Also, to further increase the "awesomeness" of the Deluxe edition, the track amount in the original/retail version was reduced to 150. The album has been banned in the Island of Sally for unknown reasons.

On June 5, 2018, the demos, scrapped songs and related work were announced to be moved into the Deluxe Edition boxset. Pre-orders were opened and the boxset sold out 15 million units, much to the surprise of Jamie, RCA and the production crew, thus certifying a Diamond Record award from the RIAA. The boxset was manufactured with the help of Old Dominion Media and Sony Corporation, who owns RCA Records. Childish Gambino's "This Is America" was originally a collaboration between the two under the name "Unacceptable", but the original song was scrapped for unknown reasons.

In July 2018, Jamie Shertick revealed in an interview, explaining the lack of songs made with Brockhampton (who were announced to feature in Spotlight), that the songs they made together for this album were "moved and re-worked into their other projects" for various reasons, one of them being the recent controversy with fellow ex-member Ameer Vann.

Jamie Shertick mentioned in his Twitter, that he did made a couple of songs with the artist Zara Dawson. However, he scrapped them after an arguement broke out in the studio, which has caused Jamie to scrap Zara out of the album and change his perspective on her and her music, now referring to them as "disgraceful and disgusting".

He has replaced Zara's roles in the recorded songs, with other people including his wife Naomi Shertick and his sister Samantha.

This controversy caused the album to be banned in the Island of Sally.

The song "Ambience" was written by Annabelle Dawson for Jamie Shertick and Zara Dawson, but Annabelle decided to sing it herself and it's on her self-titled debut album. In addition, Zara's songs with Jamie as a featured artist have been re-recorded with Zara singing his parts.

The amount of tracks was a preference by him in order to have enough material to "distract people, while [he is] doing movies", though he was not sure about it being distracting enough for a wait until a possible announcement of his second album, if he chooses to make it. He also mentions the possibility of a second album being slim, but plausible. In March 2018, after Shertick finished post-production for the album, he announced a remix album and a second album, latter of which he'll be working by himself with additional help from his co-worker, executive producer DJ Mala.

During the production of Spotlight, he mentioned that he was refraining on recording in "a specific studio" (later revealed to be Third Man Records in Detroit) until much later on (the recording of his second album) to compare experiences for future occassions when it comes to music.

However, he did record and produce another album in Third Man Records with his band Caramel and his friend DJ Mala during that time much later on, announcing it on February 2018, when it was much closer to Spotlight's release. The album never had a release date announced and was later on merged into Spotlight Deluxe Edition. The songs that were completed, just recorded and/or written were found in the Demos/Abandoned Songs section, with lyrics included in the Lyrics book.

The album was leaked as a part-protest, part-publicity stunt, on November 20th, 2017. The reception was positive, although some have compared Shertick as a "Soundcloud-like rapper with a too ambitious plan". Two of the songs "help" and "What Am I Doing?" were praised for being the most emotional tracks of the album at the time. The album was finally previewed from June 3rd to June 6th, 2018 in a stream simulcasted on Twitch, YouTube and on television through M&E. It was critically praised, mentioning that the album "feels like a week-long sleepover inside [Shertick's] mind".

Retrieved from "https://dreamfiction.fandom.com/wiki/Spotlight_(Jamie_Shertick_album)?oldid=506742"
Community content is available under CC-BY-SA unless otherwise noted.