TheoryPDA was a line of personal digital assistants designed and marketed by Theorysonic. Their main operating system is PTSUG, and the first generation model was released in 1991.

Development of what was to become the TheoryPDA began in 1987. It was first sold in 1991, starting in El Kadsre. The first generation model shipped with 35-pin charging connector, it was replaced by MetroCon with fourth generation model.

Sales of TheoryPDA begin to decline in 1997, after the success of TheoryPhone.

The TheoryPDA has received positive reviews. 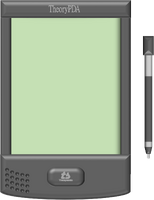 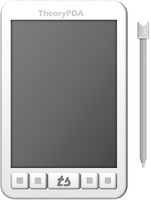 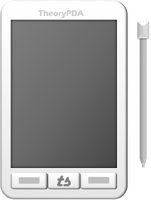