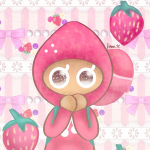 This is a joke!
This user is currently blocked. The latest block log entry is provided below for reference:

URGENT NEWS (across all wikis where i edit): RandomMe's YT account got terminated by Mediacorp (Dead Atlantis Mediacorp to him), his statement on Anime Superhero is "YouTube just shut down my channel!", so i'm planning to be next RandomMe on YouTube, That means "Agent Colty, Agent Jason, Agent Ayra and Agent CRRE2003 are rising".

UPDATE: My Profile Picture is Strawberry Cookie until further notice, due to COVID-19 quarantine and lockdown happened in the province i'm staying (also Colty's gang HQ location) (which is Metro Manila), Stay Safe!

I will call Chebby as Dillweed!

I think this ident is cute looking (https://www.youtube.com/watch?v=0uBA9waPkj8 )

in Scratch, i got bullied by Chebbycraft34.

I usually listen to Funk/Soul/Disco musics!

I cannot into Logopedia.

Feel free to use these countries (excluding Zelakar), for your universe and even without permission.

Semi-adopted is a adoption that makes original creator edits once returns to DFW.

I semi-adopted the following countries (despite most countries are fiction-based) because I confirmed that EagleWithATopHat can still edit his pages...... sometimes and did not abandon these countries

Countries that used to owned by ITVdude2000 (until he left Logofanonpedia)

Countries that used to owned by BigSpinCoaster (until she left Logofanonpedia)

Main article: User:Finnbross/List of my universes

TheRedZone likes The Minimighty Kids and Tituef, so here is my lists of my interests in French Cartoons:

Retrieved from "https://dreamfiction.fandom.com/wiki/User:Finnbross?oldid=478886"
Community content is available under CC-BY-SA unless otherwise noted.