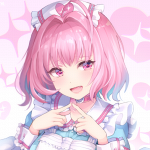 Ootwar (f/k/a Laser Pikachus) is a Finnish storywriter, programmer and illustrator, as well as a logo enthusiast. They joined Dream Logos Wiki in August 2013, and Dream Fiction Wiki in February 2017, and they remain there, as of today. They studied English ever since they were 6 year old, which explains why their English is so fluent. They're best friends with Lumogo and also friends with WeepinnWillow and AmazingTLM, while their worst enemies include ban evaders.

If you want to steal ideas and claim them as your own, you can get them here.

Retrieved from "https://dreamfiction.fandom.com/wiki/User:Ootwar?oldid=478241"
Community content is available under CC-BY-SA unless otherwise noted.