The Volkist Spirits and Prayers

God Save The Queen

Vlokozu Eriuyar also known as the United Vlokist Provinces of Eriuya is a former country that is located in Oceania and part of Southeast Asia. 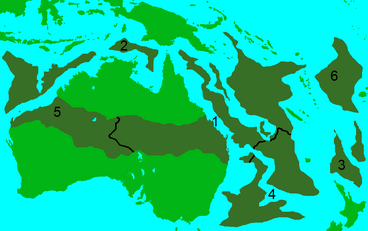 In January 18, 1969, there's a lot of people rioting for the removal of Darchuyku Chagnuo and they wanted the Vlokist government to takeover Chagnuo's Regime of Eriuya and they want the Vlokist rebels to takeover the other countries that are part of the Maori Shock in Northern Oceania, Southeast Asia and Northern Polynesia Controversy, the First Republic of Maori join sides with the Vlokist Revolution. For Vijqwu, he stayed out of the Vlokist Revolution. After the war ended, Eriuya, Maori, Houarece, Tikowa and Tyruje signed the UVPE Treaty and the Declaration of the Establishment of the United Vlokist Provinces of Eriuya.

They think the introduction of Chinese, Muslims, Hispanic & Latinos and Indian immigrants into Vlokozu Eriuyar is gonna be a complete disaster for the country according to supporters of Chagnuo. The President of Vlokozu Eriuyar said that more diversity makes people more unique and he also said it doesn't matter what race you're, your skin color or your identity and many other things; however Chagnuo supporters rioted and vandalized which is the reason why police brutality skyrocketed ever since Chagnuo is no longer in power and his supporters were outraged at the police brutality.

The Illegal Occupation of the Australian Outbacks

This policy made International merchants outraged because those countries were the most wealthy global trading powers. UN, NATO, Warsaw Pact, Arab League, Association of Southeast Asian Nations, Caribbean Community (CARICOM), Nordic Council, Central American Integration System, Organization of American States, and the former members of the Pacific Pact toke action against the Vlokozu Only Trade Policy and declared war against the Pacific Pact.


Retrieved from "https://dreamfiction.fandom.com/wiki/Vlokozu_Eriuyar?oldid=376986"
Community content is available under CC-BY-SA unless otherwise noted.