The YC certificate, short for Young Children, is a rating certificate issued by the Leisure Rating Association (LRA) in Kuboia. The rating is used to specify that a film or video recording should be suitable for all ages, but especially suitable for young children.

The YC certificate was introduced in March 1991 to distinguish recordings suitable for younger children (beforehand, all children's programming was rated the K rating). Despite its name, the rating is also used for certain educational videos.

Violence and the YC certificate

Controversially, violence may be allowed in a recording and still be passed with a YC rating. According to the LRA website, however, only very mild slapstick violence (such as tripping and falling over), or mild fantasy violence (such as using magic in a non-aggressive manner) can be allowed.

Sex and the YC certificate

References to reproductive organs and other sexual body parts are allowed in a recording with a YC certificate if done in an educational way.

Sexual activity considered by the LRA to be "harmless", such as hugging and kissing, are allowed in a recording with a YC certificate.

Note to editors: You are allowed to add (reasonable) examples to this list. 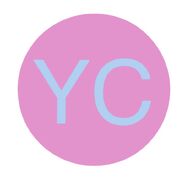 2011 to 2019
Add a photo to this gallery
Retrieved from "https://dreamfiction.fandom.com/wiki/YC_(Leisure_Rating_Association)?oldid=425679"
Community content is available under CC-BY-SA unless otherwise noted.